That magical moment when a child says their first word is a highly anticipated one by parents and caregivers. The journey from their super cute baby babbles and coos to uttering their first words isn’t really that long when you think about it.

So, when do babies start talking? This question doesn’t have a straightforward answer. Each child goes through their own unique developmental journey, and it is difficult to pinpoint exactly where they will start talking. Right from birth, babies’ verbal skills start developing and those adorable noises they’re making? They’re learning how to experiment with sounds and it’s an important foundation of language skills.

There are several important milestones that your kiddo will likely follow when it comes to their language development. Most children start speaking anywhere between 10 months to 14 months. By the time your kiddo turns one, they will probably be saying between one to three words. These might not be complete words, but you’ll understand what your child is saying regardless.

If your child doesn’t say “mama” or “dada” by the time they turn one, it is not necessarily a cause for concern. Kids develop at their own pace and the milestones are only there for you to keep an eye out to see if your kiddo is struggling with certain areas of speech. If your child is producing sounds and making an effort to interact with you, that’s a good sign.

Some may not find the baby babble stage as exciting as the stage when their child starts learning to speak their first words. However, all the sounds, coos, and the little gestures little ones make actually pave the way for healthy language development.

Within the first year of their life, kiddos are learning how to express themselves. They use sounds and gestures to respond to your communication efforts and indicate that they understand you. These all happen well before they say their first real word.

The eye contact they make with you is a communication effort. And those adorable babblings that they love to make? That’s your child practicing for using combinatios of vowels and consonants. There are many ways little ones use to express themselves before relying on their words, and these all help in the overall language and speech development.

Language development doesn’t happen overnight. There’s a lot of developing that happens before they build the foundation for their first word. Can you imagine the hard work going on in their brains while they’re putting the pieces together? It’s a LOT. They try to copy the sounds you make, which is really not that easy when they’re just starting out. Using and trying out different pitches and volumes, they grasp the concept of meaning and communication through sounds.

The little, seemingly unintelligible sounds babies make are actually the foundation for language. The age where kids start babbling again depends on the child. The vast majority of words in many languages are composed of canonical syllables, meaning they consist of at least one consonant and one vowel. It’s important for a child to learn how to produce canonical syllables since they’re learned before spoken words and are a foundation for speech.

When kiddos are born, the first six months of their lives are full of language development milestones. They produce many speech-like sounds that are the precursors to spoken language. These sounds are distinctively different from crying or laughter. The canonical syllables typically come in the second part of their first year. They begin to produce well-formed syllables such as “mama” or “dada”.

Milestones for language and speech development serve parents and caregivers as a guide to what to expect and when in terms of healthy speech and language development. Every child develops at different paces, but these milestones are great to have at hand just to keep an eye out for any significant development.

Here are some milestones by age for kiddos:

By the time they turn two years old kids might: 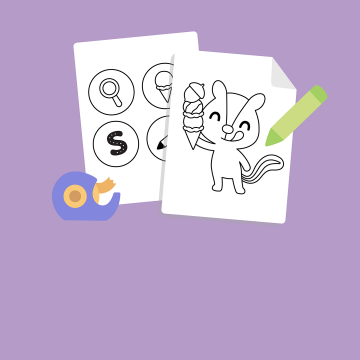